Over the years, Yamaha has been perfecting its ability to make top-end upright pianos. The Yamaha Corporation puts a strong emphasis on its craftsmanship, which leads to the creation of some of the world's best uprights.

The b Series is a selection of wonderfully built upright pianos with responsive actions, beautiful harmonics and a sound that inspires. The b1 is a studio style piano for smaller spaces. The b2 and b3 have an even greater quality of sound - the b3 having professional standards of sound, tone and touch - yet both keep true to what the b series promised, which is a high quality upright piano at an affordable price. Yamaha's b series are often have a Silent Piano system attached

Below: a beautiful Yamaha b1 upright piano - luxurious, professional yet affordable. 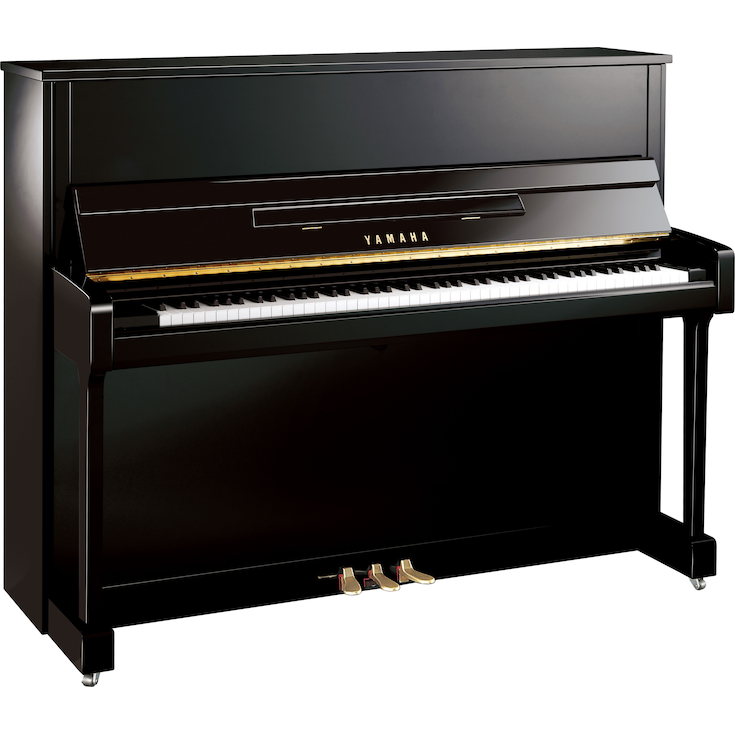 The series was designed by Yamaha to be both top-quality and affordable. These upright pianos have a responsive touch, fine cabinetry, spectacular tone and a vibrant voice. Being friendly on your budget yet also retaining the quality Yamaha is renowned for, these upright pianos are perfect for beginners.  The C109 and C110A are studio style pianos designed to save space where there is little room, whilst the C113T offers a superior sound, splendid features yet for a small price.

Yamaha's P series are one of their most popular line of upright pianos. They are perfect for the majority of pianists and are known for their spectacular tonal range, voice and touch. Designed in Europe, the P series also reflects European design - resulting in stunning cabinetry and musical expression that pianists long for. While most of the models have traditional styles with legs and castors, the P114M and the P112 both have a more compact design for smaller studios or rooms.The PX124 is by far the most luxurious and elegant piano in the P series of uprights, with fantastic cabinetry, double casters and can come in a fantastic silver trim.

Below: An exquisite P121 with beautiful cabinetry, responsive touch, a graceful voice and a wonderful tone. 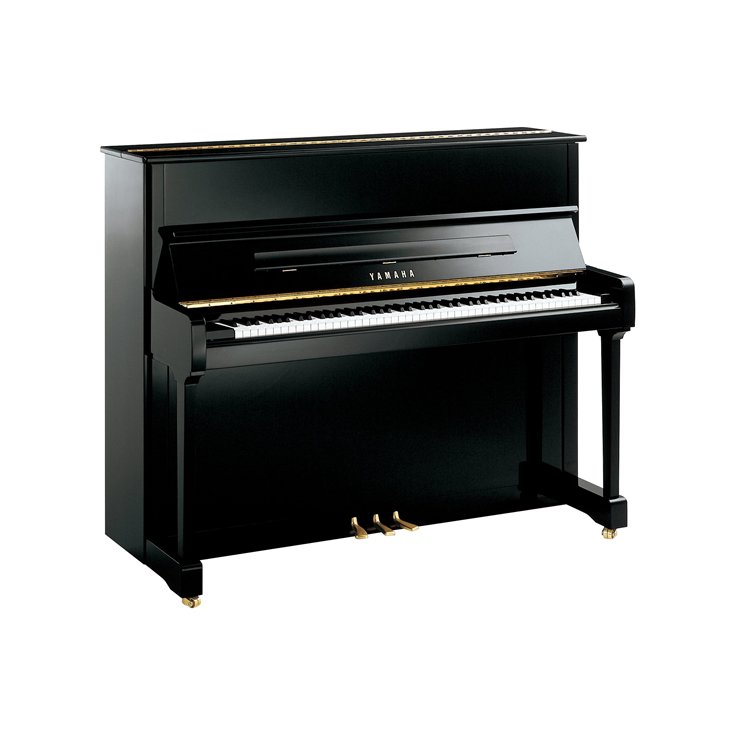 The radius series is a series of pianos favoured by many pianists. They are known for their exquisite cabinetry and excellent sound. These pianos have been carefully crafted and designed for any contemporary space.

Below: A wonderful, compact RD1 upright piano with a magnificent voice and tone.

The SE series is a collaboration between the East and West, taking inspiration from Europe - in particular Germany. These pianos have a resounding voice, a warm tone and the touch is superbly precise.

Below: an outstanding Yamaha SE 132 upright piano - complete with a golden voice, a fantastic tone and fine cabinetry. 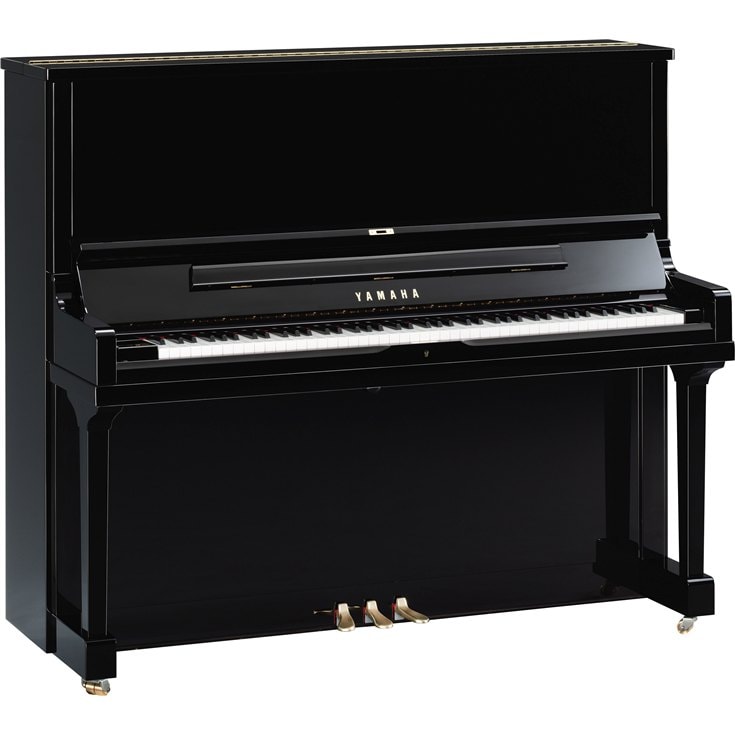 The SU series is a selection of upright pianos that are crafted to high quality by elite Yamaha artisans.They are extremely popular with the most professional of pianists due to their tonal colour, vibrant voice and fantastic control. The SU118 is complete with a damper, muffler and a soft pedal whilst the SU7 has a damper, sostenuto and soft pedal.

Below: a stunningly beautiful SU118, with an astonishing sound, control and aesthetics. 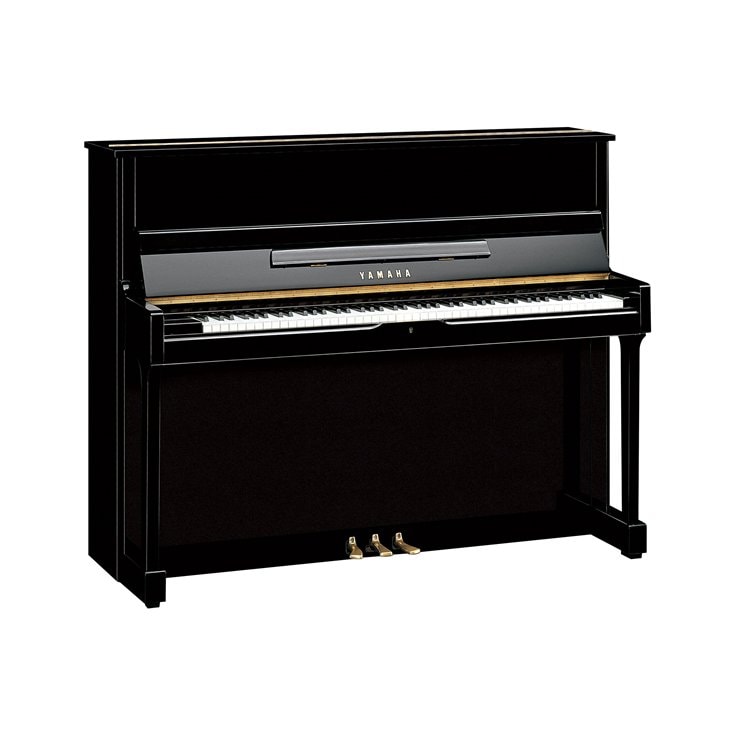 The U series is, by far, one of Yamaha's most popular series of upright pianos. Each piano in this selection has a uniquely magnificent sound, excellent tone and is fully responsive. The cabinetry is also stunning.

Below: An example of a Yamaha U3X - part of the discontinued UX extension of the U series. These pianos have an X-shaped frame for better tuning and stability. The V series is another fine selection of upright pianos brought by Yamaha. V series uprights come with a fine European design, detailed cabinetry and a splendid sound.

The Yamaha YUS series brings outstanding sound quality and a responsive keyboard. Each YUS upright piano has a simplistic cabinet design that offers splendid acoustics as well as making the piano an aesthetically pleasing furniture piece.

Below: a superb Yamaha YUS3 upright piano, with a perfected voice and a stylish cabinet. 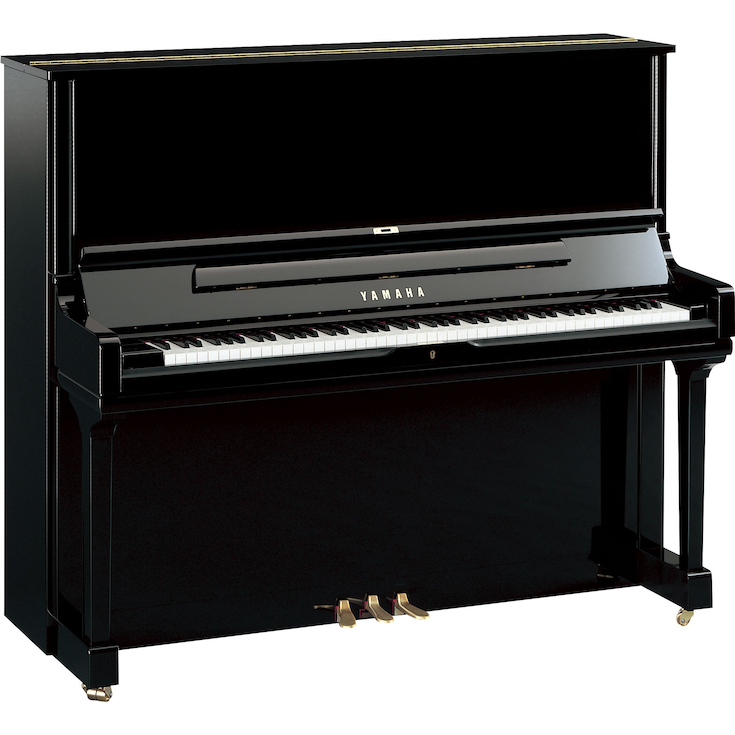